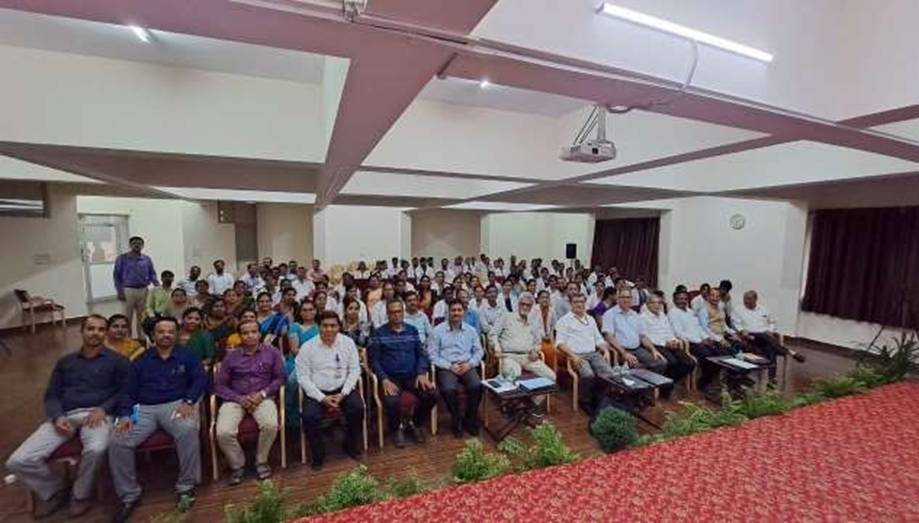 JSS Ayurveda Medical College and Hospital, under JSS Mahaviyapeetha , Mysore had organized a sensation workshop on “Clinical trials of AYUSH Drugs” on 30th July 2022 at the campus of JSS AMC with the Divine Blessings of H.H. Jagadguru Sri Shivarathri Deshikendra Mahaswamiji, Sri Veerasim-hasana Mahasamsthana Math, Srikshetra Suttur. The objective of the workshop was to orient and update the faculties and post graduate scholars of JSS Ayur- veda Medical College along with faculties of JSS Yoga and Naturopathy College, Coimbatore regarding the recent updates and guidelines on how to conduct clin- ical trials in AYUSH system of Medicine. A total of 70 faculties and 75 PG stu- dents participated in the program.

Dr. Sarbeshwar Kar, Principal of JSS Ayurveda Medical College and Hospital welcomed all the dignitaries with florals. Dr. Rajesh Udapudi, Dean of SS Ayurveda Medical College and Hospital delivered the Welcome address. The re- sources persons of the event were welcomed by the senior professors of the col- lege with the saplings of medicinal plants.

Following the Indian tradition, the workshop was inaugurated with lighting of the lamp followed by Lord Dhanvantari and Ganapathi Vandana.

Hon. Dr. CG Betsurmath, Executive secretary of JSS Mahavidyapeetha, delivered the inaugural address where he stressed upon the need of research in Indian traditional medicines and specially in Ayurveda, which is now in high demand. He emphasized on the need of upgrading the research skills in both faculties and PG scholars, which would help them in writing good scientific research pro- posals & to conduct clinical trials. He also pointed out specific clinical areas where Ayurveda can be really effective and stressed to work upon the same.

The chief guest of the event, Hon. Dr. Surinder Singh, Vice Chancellor, JSS Acad- emy of Higher Education and Research, Mysore expressed his happiness to see the beautiful campus of Ayurveda College and Hospital. He spoke about the need of joining hands with different streams of medicine for the welfare of the mankind. He expressed his gratitude for all the learned guest speakers who ac- cepted the invitation to be part of this event and share their valuable time and knowledge with all.

Sri Mahesh, Director, Medical Education Division of JSS Mahavidyapeetha de- livered the presidentia l address. He expressed his happiness about the conduc- tion of this program at Ayurveda college. He conveyed his gratitude towards the Hon. Vice Chancellor Dr. Surinder Singh, who was the main architect of this event. It was his efforts which yielded in getting together of the distinguished luminaries as expert guest speakers for this workshop. He presented the status of clinical works done in the Ayurveda College till now and the desire to con- ducted large and meaningful clinical trials.

Dr. Sarbeshwar Kar, Principal of JSS Ayurveda Medical College proposed the Vote of Thanks and rendered abundance gratitude to the dignitaries & resource persons for gracing the occasion. 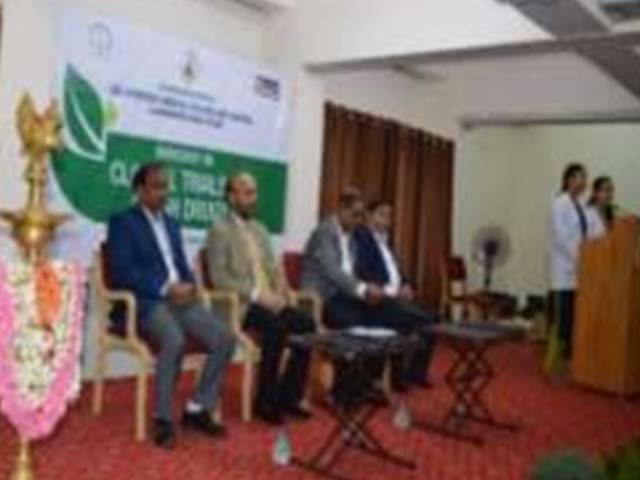 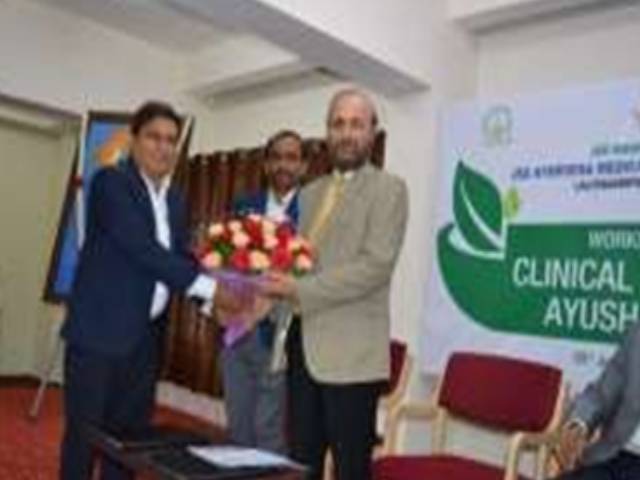 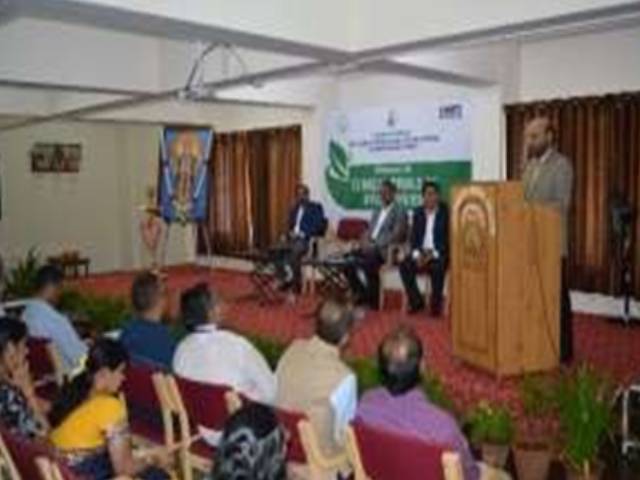 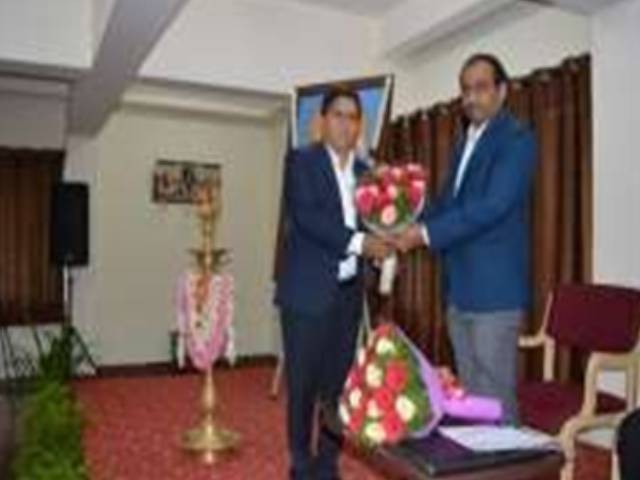 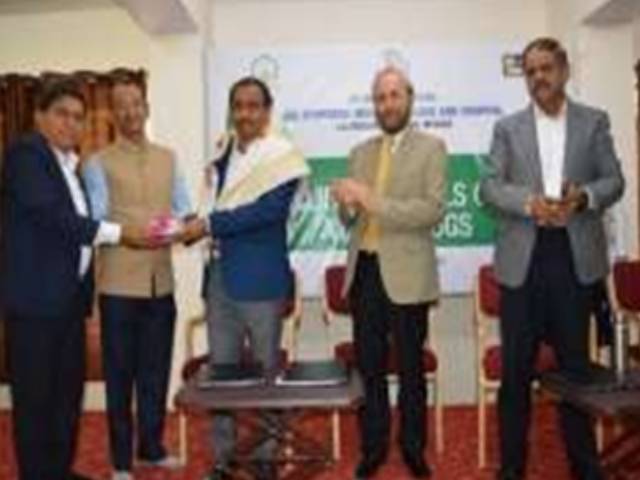 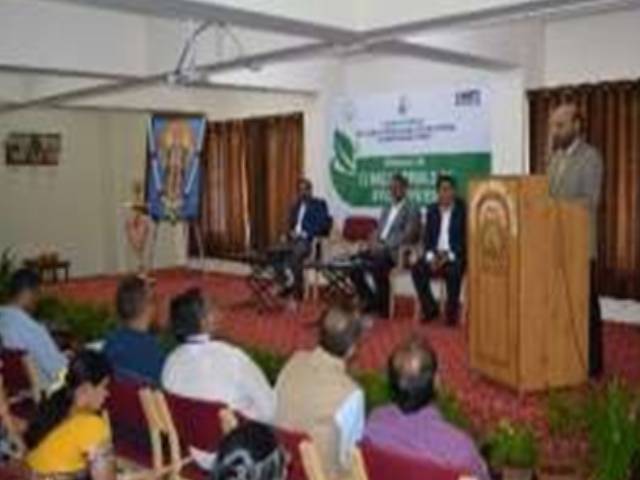 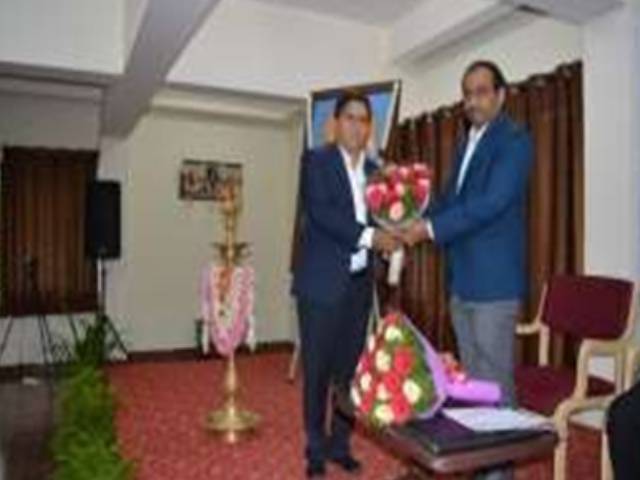 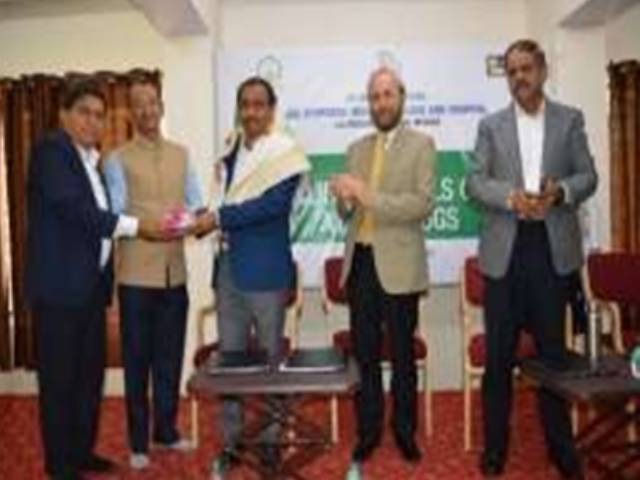 A total of seven scientific sessions were conducted from the expertise throughout the day.

He spoke on the topic “Evaluation of Ayush Drugs vis-a-vis Phytopharmaceu ti- cal herbal/Botanical Drugs National and WHO Guidelines”. A detailed presen- tation was done by him regarding the relevant rules, regulations and guidelin es available for manufacturing quality Ayurvedic medicines and those fulfill the National and International Standards set out by WHO.

The topic of his deliberation was “Regulatory Landscape for Clinical Trials of Ayush Drugs” and specially on the need for survey on spurious drugs in AYUSH in India, registering of Clinical trials in CTRI, retrieving the data from CTRI. GCP guideline of AYUSH and ICMR and the details of ethics committee were brief by him.

He spoke on the topic “Prevalent Regulatory Provisions for Quality Safety and Efficiency of Ayurvedic Medicines”. A in-depth analysis of the prevalent regu- lations for conducting clinical trials on AYUSH System of Medicine starting from National AYUSH guidelines till WHO were put forth by him. He also explained the progress made by AYUSH in last decade and the development of various AYUSH guidelines during these period.

He spoke on the topic “Protocol Design & Analysis of Clinical Trials of Ayurv e- dic Drugs”. He presented a brief overview on a very vast topic in an interestin g and thought provoking manner. The deliberation included basics of protocol de- signing, common mistake done while preparing the same, sample designing, and methods to assess the results.

Further in the next session he spoke on the topic “Ethical Consideration in Clin- ical Trials”, where in he mentioned in detail a series of ethical guidelines to be followed while formulation of clinical trials in AYUSH. The whole session was interactive in nature and the delegates participated with lots of enthusiasm and clearing their doubts on clinical trials in AYUSH.

He spoke on the topic “Compliance to GCP and ICMR Guidelines”. Dr Roy, dis- cussed the similarities and differences between AYUSH GCP and ICMR GCP guidelines. He discussed about the work being carried about by his organization at Belgavi, specially on folklore medicine and practices.

He spoke on the topic “Standardisation of AYUSH Systems - a BIS and ISO per- spectives”. Dr Dua, mentioned about the initiatives taken up by BIS in creating Indian Standards for various aspects of AYUSH Systems, may it be therapeutics, instruments for Panchakarma or assessment tools like Prakriti. A new arena for standardization of AYUSH systems were highlighted by him which was widely appreciated by all the participants.

In the discussion, studies which are to be registered in CTRI and relevant infor- mation needed for the same was discussed by all the panelist and the partici- pants. The need of developing parental route administration of Ayurvedic med- icines was emphasized in the discussions and various views and thoughts were put forth by the panelist , PG students and Faculties.

The day ended with the vote of thanks by the principal and a Group photos. Feedback was taken by all the participants through Google forms and few ex- pressed the same on stage. 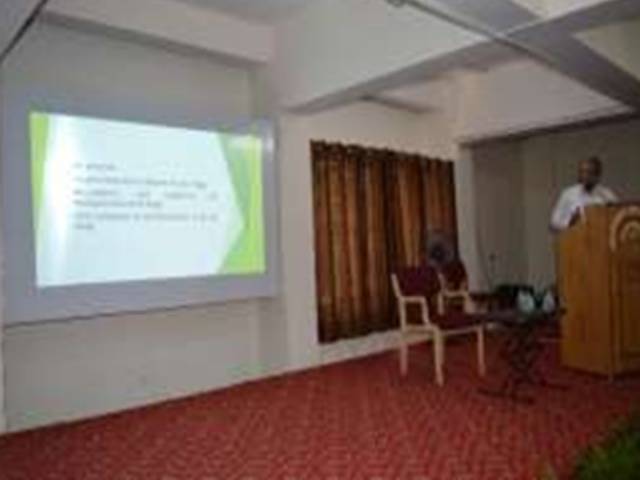 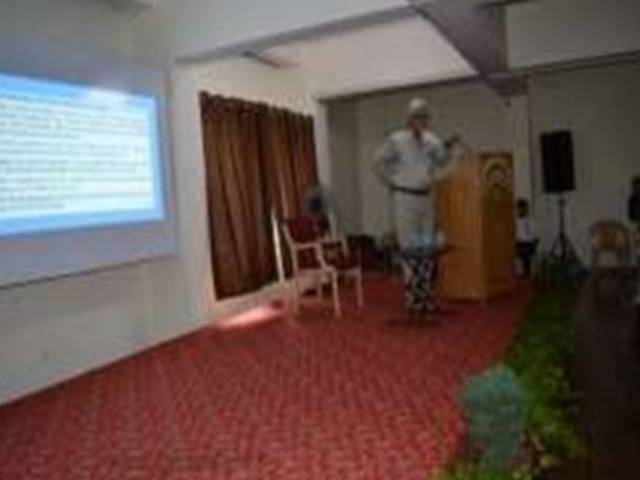 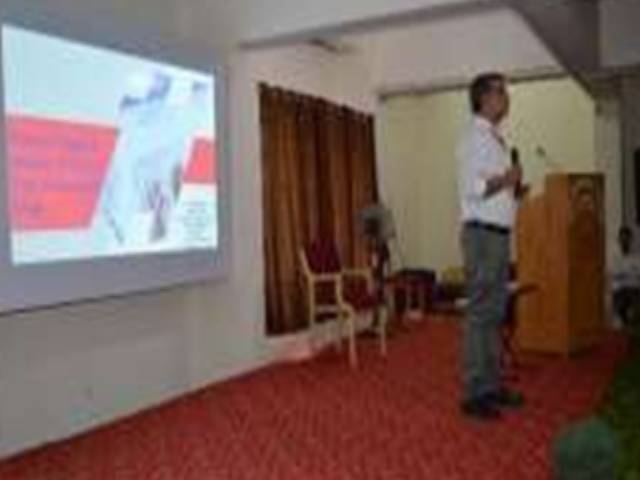 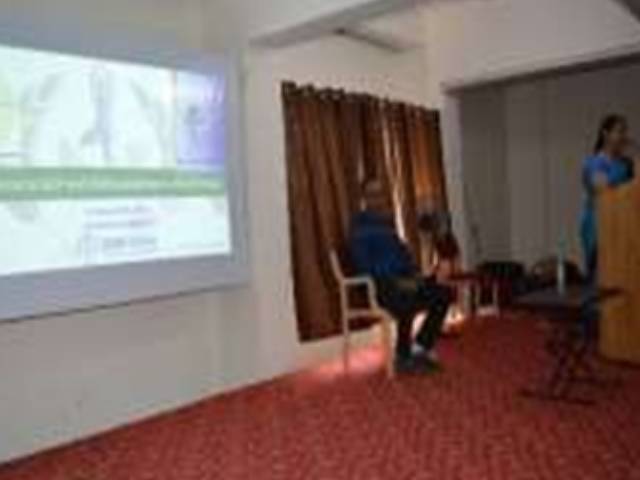 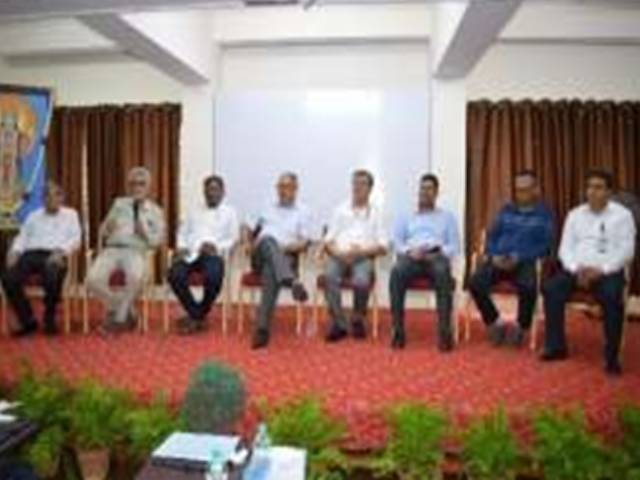 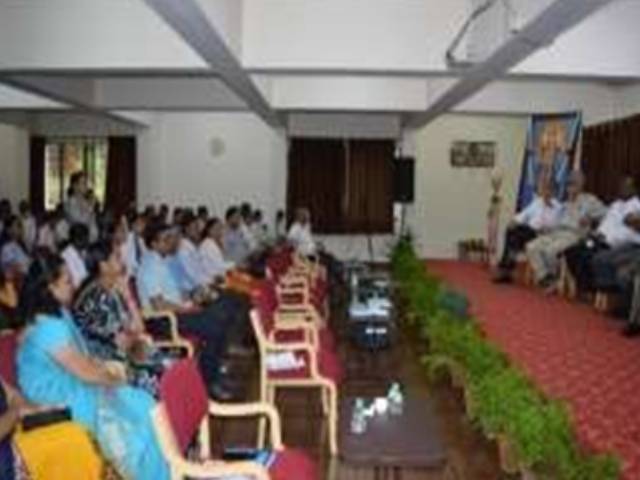 Note: Application fee is Rs.1000/-. DD should be drawn in favor of The Principal, JSS Ayurveda Medical College, Mysuru. Filled application form should be sent along with DD to the college address.